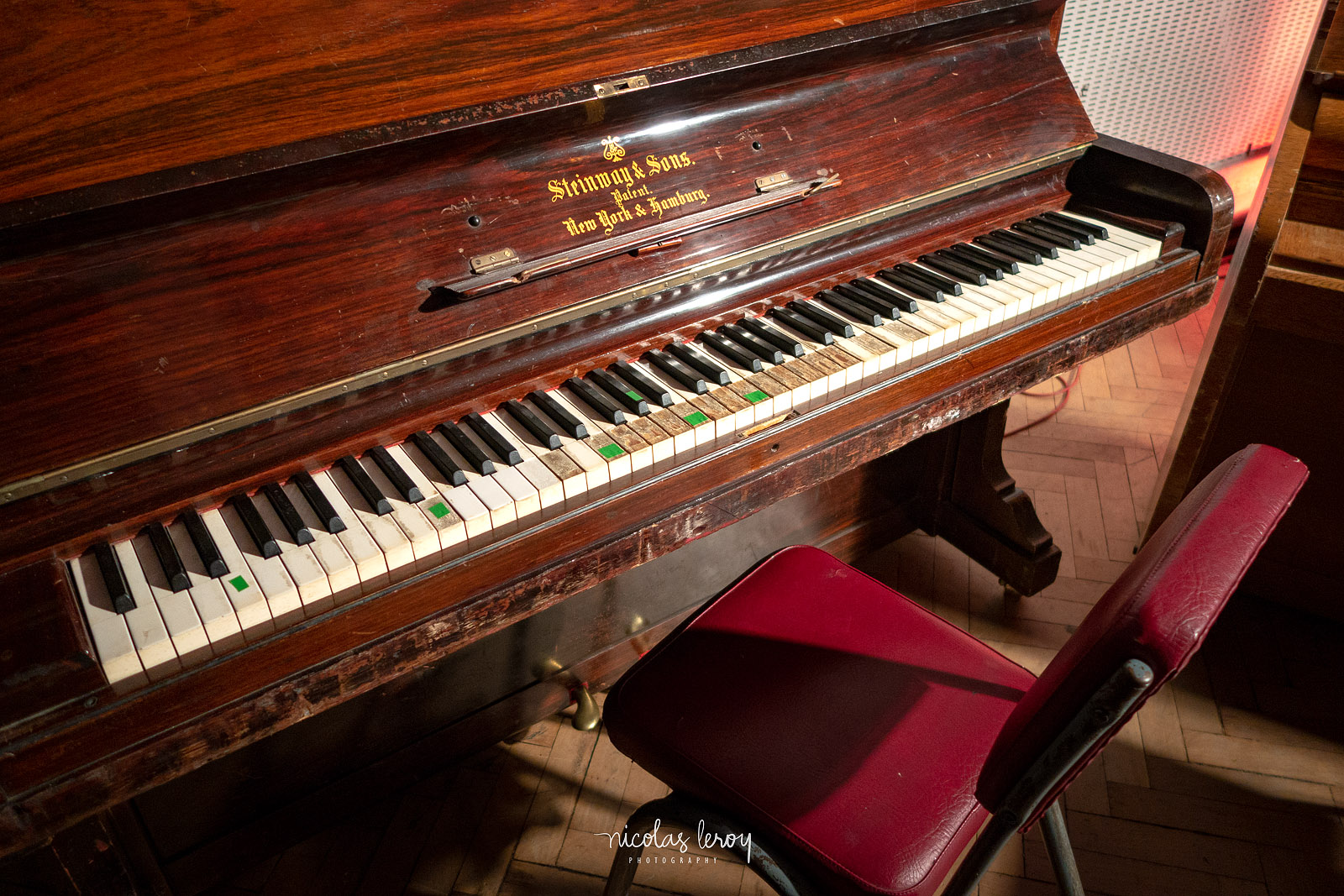 "Steinway Vertegrand upright piano  One of the most long-lived instruments at Abbey Road Studios is this Steinway piano from around 1905. Brought in during the late 1950s to create the sound of boogie-woogie piano (the instrument famous for ragtime and blues music), at the time it was most well-known for being the pianio of Russ Conway. It was also affectionately dubbed 'Mrs Mills' piano' by Abbey Road staff, as a musician called Gladys Mills featured it on her many albums. The Instrument was used on several Beatles tracks as it had a harder, old-time sound which grand pianos did not give. The felt hammers inside were purposely hardened to make the strings louder when struck, and the strings were always kept slightly de-tuned to give the piano an antiquated sound.  Recordings it has been used in include Lady Madonna, Penny Land and Ob-La-Di, Ob-La-Da."