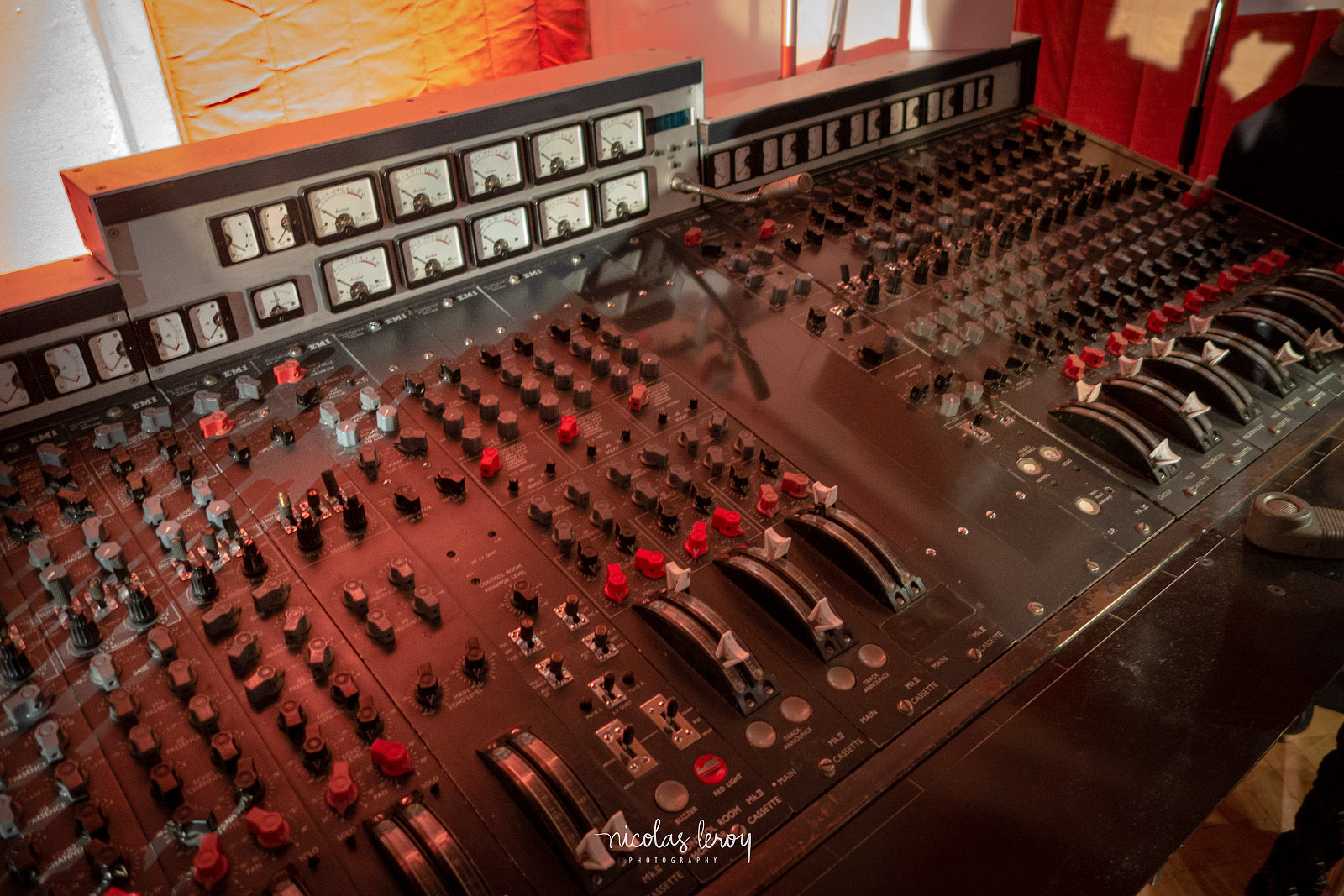 "TG12345 Mk.ll desk (1970s) When transistors began to replace valves, EMI was at the forefront, developing the new technology into mixing desks. This EMI desk was massive compared to earlier designs, and had many more features than the earlier REDD desks. These models, built from 1969 to around 1974, were the last ot the EMI-only designed studio desks.  This TG desk was used on legendary albums such as Abbey Road by The Beatles and Dark Side of the Moon by Pink Floyd.  The TG in the name is an handover from the pre-EMi days ot the 1920s when the label was called The Gramophone Company."